Imam Khomeini Airport accepts both International and local flights round-the-clock. After the landing you will need to pass the passport control – passengers from all of the flights flock right to it. So you need to try and get to the first rows in time or take your time and be the last in the queue. There’re two lines for the foreigners at the arrival area, the rest are for Iranians, but they have no problem standing in a foreigners line. But you can’t pass through the passport control for the Iranians yourself. In general the lines are huge and possible you will need an hour to pass the passport control point. After that you need to get your luggage, your bags might already be by the luggage belt. It is really noisy and busy at the arrival zone, whole families with flowers in their hands come to meet the Iranians that have just arrived. If you get on the second floor, you’ll find yourself at the departure zone. Here you can find a currency exchange points with a rather nice currency exchange rate and get free city maps. Also here you can be offered a taxi – you should bargain, a trip to the center of Tehran can’t cost more than 50.000 rials. There’re also taxi with fixed prices at the exit of the arrival zone – a ride to Ferdowsi subway (the city center) costs about 450.000.

For the return flight we came to the airport at least 3 hours before the flight and almost missed it. First, you need to pass the overall control at the entrance to the airport’s zone, then you have to register for the flight, then you need to pass the passport control and after the duty-free zone there’s security control you have to pass. Each line takes long time and 20 minutes before the flight we’re still in the middle of the passport control line. It’s the same here as in the arrival zone – two lines for the foreigners and all the rest are for the Iranians. After realizing we might miss our flight we moved to an Iranian line, but we were turned to the personnel and diplomat’s passport control window. So if you’re really late, they might tale you in through that line. All of the employees are very friendly and nice, but they really take their time.

Here’s one very important thing – International credit cards are not accepted in Iran. You need to have all the money for the trip in cash with you. There’re ATMs in the city, but they only work with the local banks credit cards.

There’re two currency exchange rates in Iran – the official and the black market one. The official US dollar exchange rate is presented by banks and it’s about 25.000 rials for 1 US dollar. Of course, everyone exchanges the currency by the black market rates. The currency exchange points are called saraf in Farsi. People also exchange currency in the street, at markets or hotels (at a lower rate). There’re lots of currency exchange points at the Ferdowsi square. Here’s the exchange rate for the December 2013: US dollar/ Iranian rial = 29.750, Euro/ Iranian rial = 40.700. All of the price tags in the city (even in shops) are read and written in tomans, it can be tricky at first. It means 1$ = 30.000 rials = 300 tomans. For example, if you’re told that a glass of pomegranate juice costs 5 thousand, it means it’s 50.000 rials.

The prices’re also usually written with Persian numbers, so the following table might come in handy for you.

The streets of Tehran are busy.

There’re plenty of cars, as gasoline costs here 0,17 Euro cents. Sometimes you can see a motorcycle – and if you do, know that they ride as they please – on the pavement and at a red light.

You can cross the street at literally any point in Tehran – no matter the street lights or zebra crossings. You just have to look around and be careful, of course. All and all, drivers try to bypass pedestrians, but you still instinctively want to run across the road. But you’d better not, because drivers usually calculate their trajectory according to a pedestrian’s normal walking speed. If at first you feel really afraid of crossing the road by yourself – join some of the locals – they definitely know what they’re doing. Anyway, you should be careful at any time, a car ran into my leg with it’s bumper at a market and the driver didn’t even blink an eye to ask if I was OK.

During our New Year holidays there’re several religious holidays held in Iran and the street traffic becomes less busy. During one of such days we rented a car at our hotel. A car rent in Tehran cost us 1.000.000 rials (about 35 US dollars). But there’re still traffic jams and lots of cars in the city in the evening. Actually, driving a car in Tehran is much like racing, there’re no rules, no one follows the lines, you don’t have to let pedestrians pass, the police don’t even look at what drivers are doing. You constantly have to either speed up, or slow down, undercut and look around, and drive as you please, if you really need to. This is no Europe) and, surprisingly, the Iranians almost never use honk, except to greet someone they know if they met them on the road.

Pavements in Tehran are wide, there’re lanes for the blind everywhere, there’re auto- and motorcycle restrictors here and there, but then there’re special lanes for the wheelchairs. There’re garbage bins everywhere in the streets and they do look quite clean. You can take a nice walk around the city streets, as we did, we almost never used the subway or taxi, though public transportation in Tehran is rather cheap.

Many bus stops in Tehran are roofed and you’d have to pay to enter a bus stop. They don’t usually give you a ticket, you just pass through the turnstile. A bus ride in Tehran costs 3.000 rials. There’re separate entrances on busses at the bus stops – for men and for women. In fact, people are strict about women riding in the mens part of the bus. A driver can easily order a woman to go into the mens section of the bus and he won’t leave the bus stop until she does so. But if a woman happens to get into the mens section, men will definitely give way to her.

There’re separate carriages for women on the subway, and special seats on platforms – they have “women only” written on them. But this rule isn’t really followed during a rush hour, and if you actually get into the carriage with a woman, there will be little sidelong glances. And they might offer the woman a seat. There’re one-way or two-trips subway tickets. The first one costs 5.000 rials, the second – about 8.000 rials. 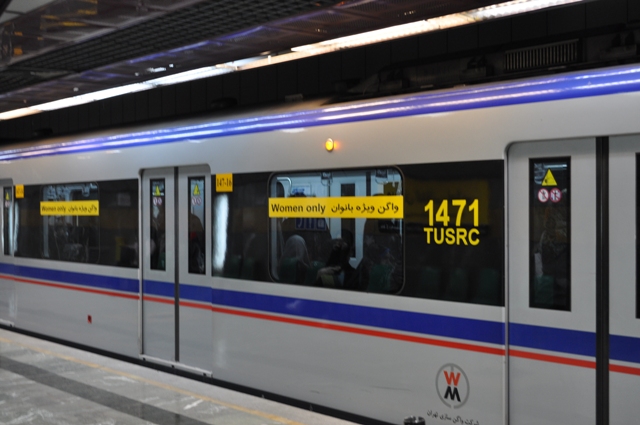 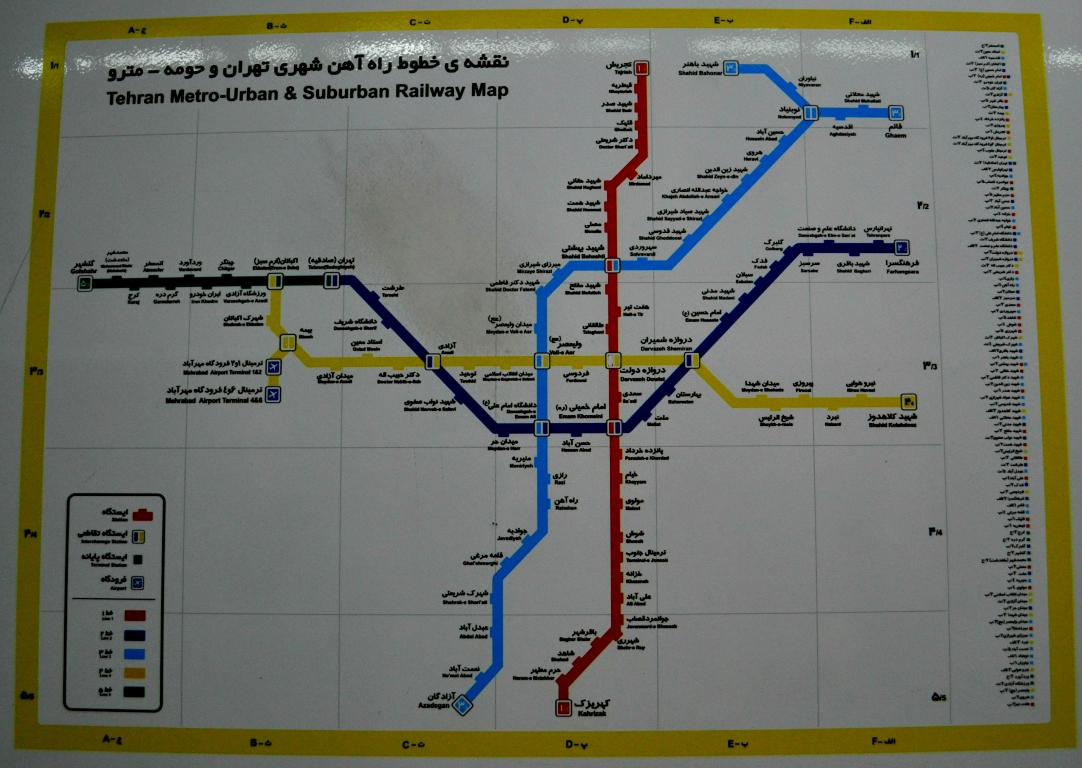 The hotel choice is rather plentiful in Tehran — from guests to 5* luxurious complexes. You can always bargain at guests and cheap hotels, but then you might receive a room with a loo that’s a hole in the floor. We planned to stay at Naderi hotel, we even booked a room, but when we came there, the hotel was closed. After a few long attempts to get to someone inside, an employee walked into the hall, waved us away and walked off. That’s how we accidentally found Persia Hotel (info@persia-hotel.com) with the help of an Iranian man we met in the street, who agreed to give us a lift there (he didn’t speak a word in English, by the way). We managed to knock the price down from 80$ per night to 40$ per night and they even let us move into the rooms at 6 a.m. There’re actually quite a few small hotels in the center, near the Ferdowsi square (at the subway stop of the same name). 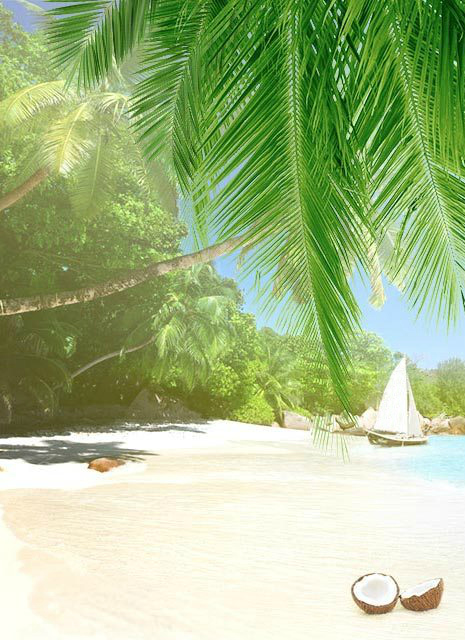